Majority of the inhabitants of Kabatini sub-location are smallholder farmers, who practice subsistence farming where they cultivate subsistence crops such as maize and beans. Mwaki-Mugi sub-location is a more peri-urban community and some of the residents there are business people who own businesses in the area. Many people there rent homes in the location and work in the Nakuru Central Business District.

Given that Kabatini Location is larger than the previous two locations we inducted during the week, we expected a bigger group of community leaders today – 138 leaders to be precise. Instead, 111 community leaders came to the meeting (80%), which was low compared to the 90% and 100% turnout at Kiamaina Location and Thayu Location respectively.

One of the challenges when it comes to citizen mobilisation that we have identified  is the lack of effective communication between the Chief and the community workers, which often affects the quality of citizen participation and engagement. Lack of communication on the Chief’s part to the community leaders in advance is one of the reasons we did not achieve 100% turn out at Kabatini location. 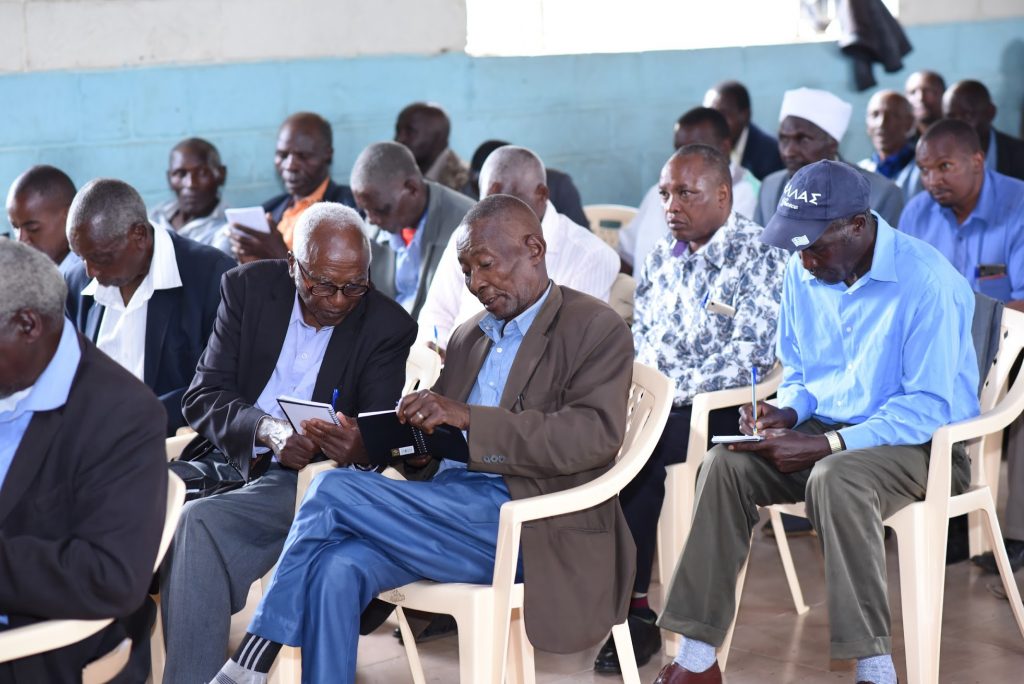 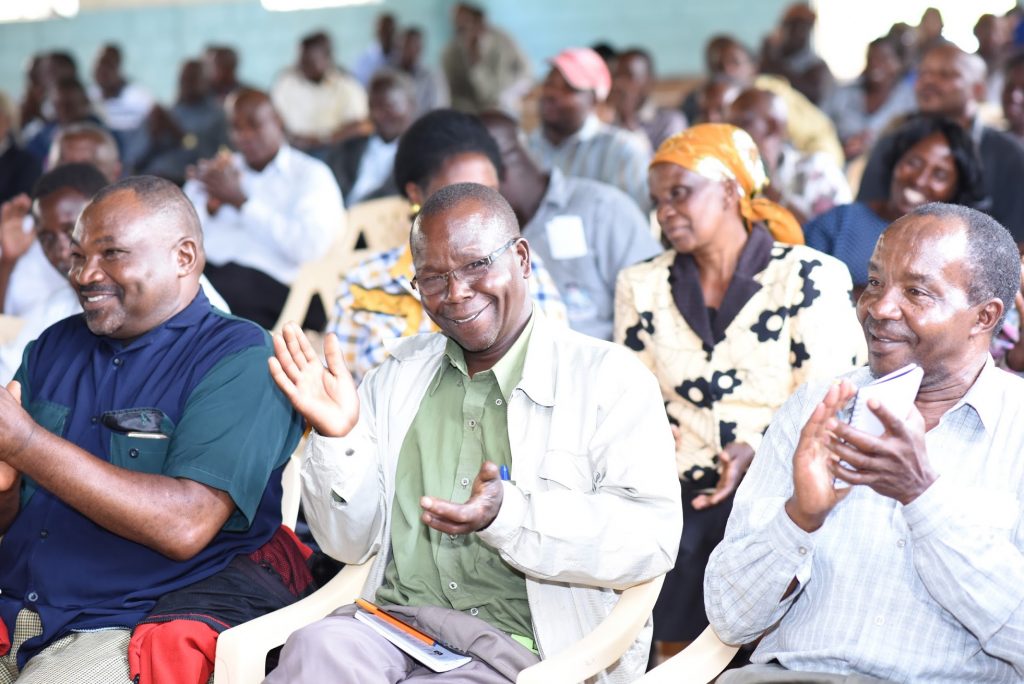 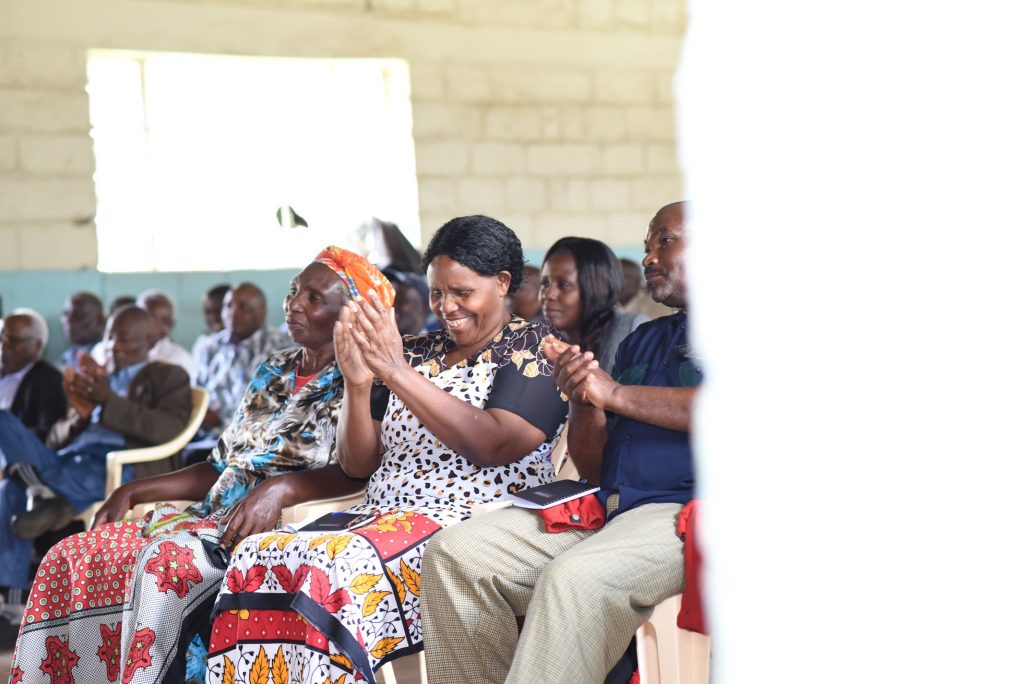 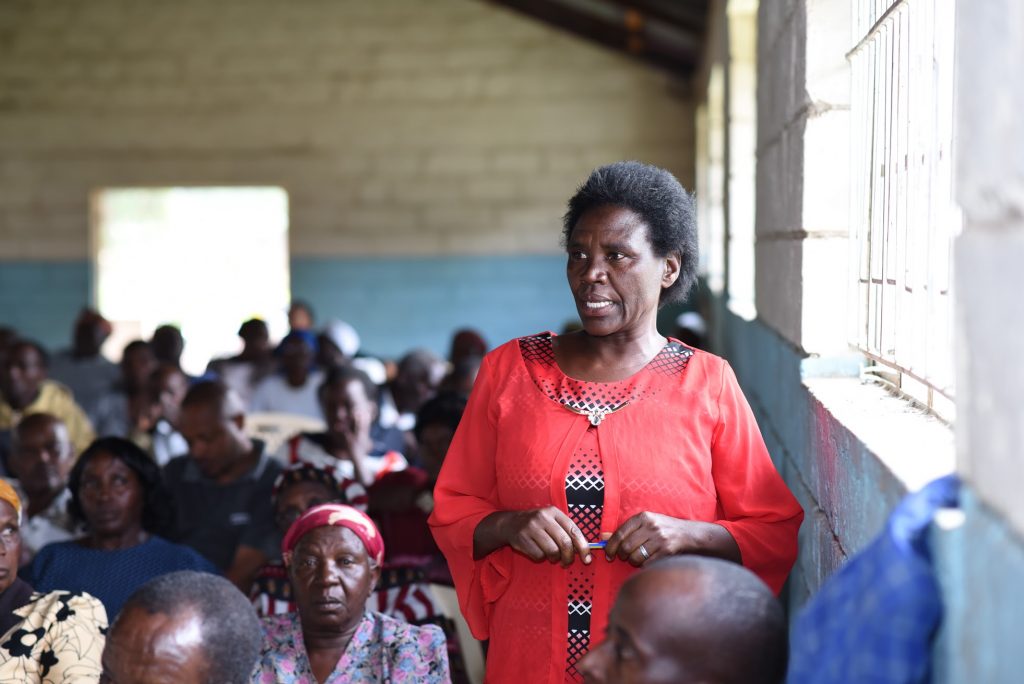 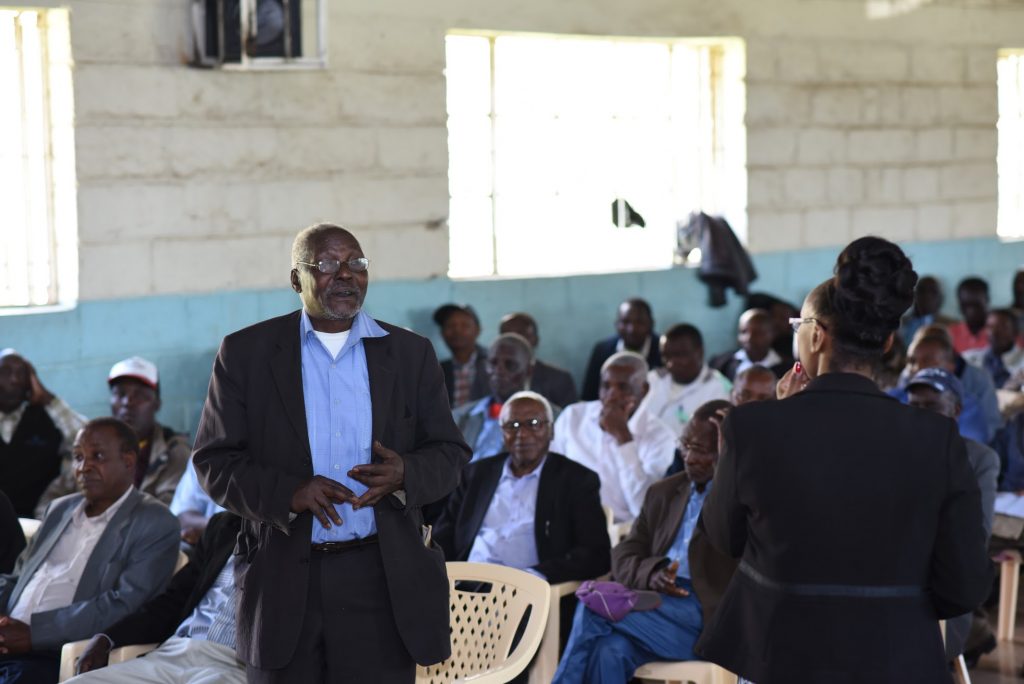 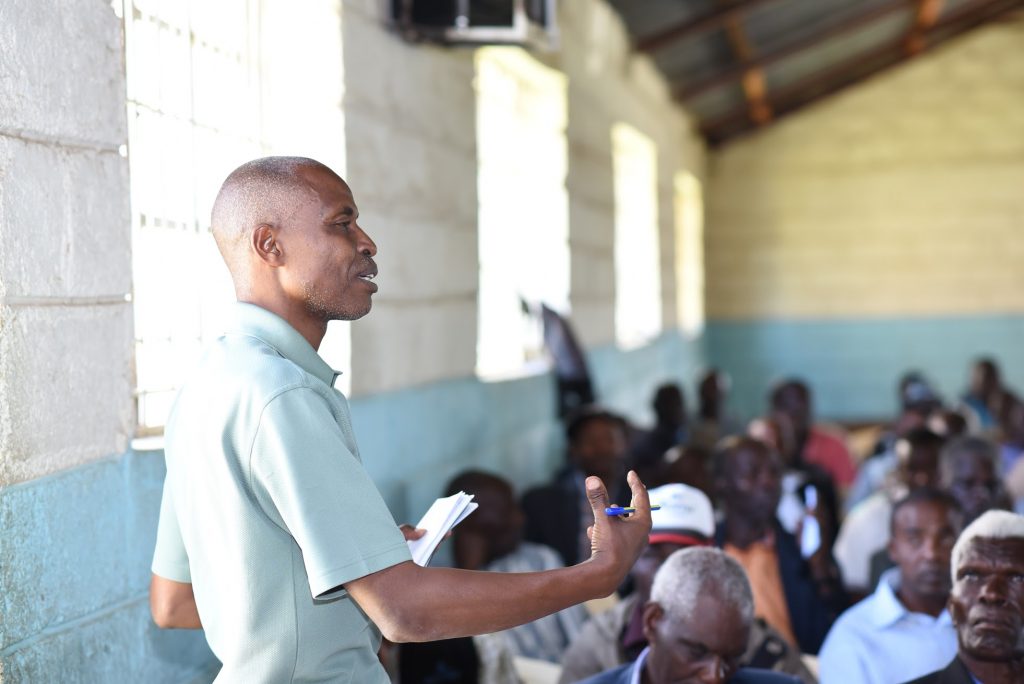 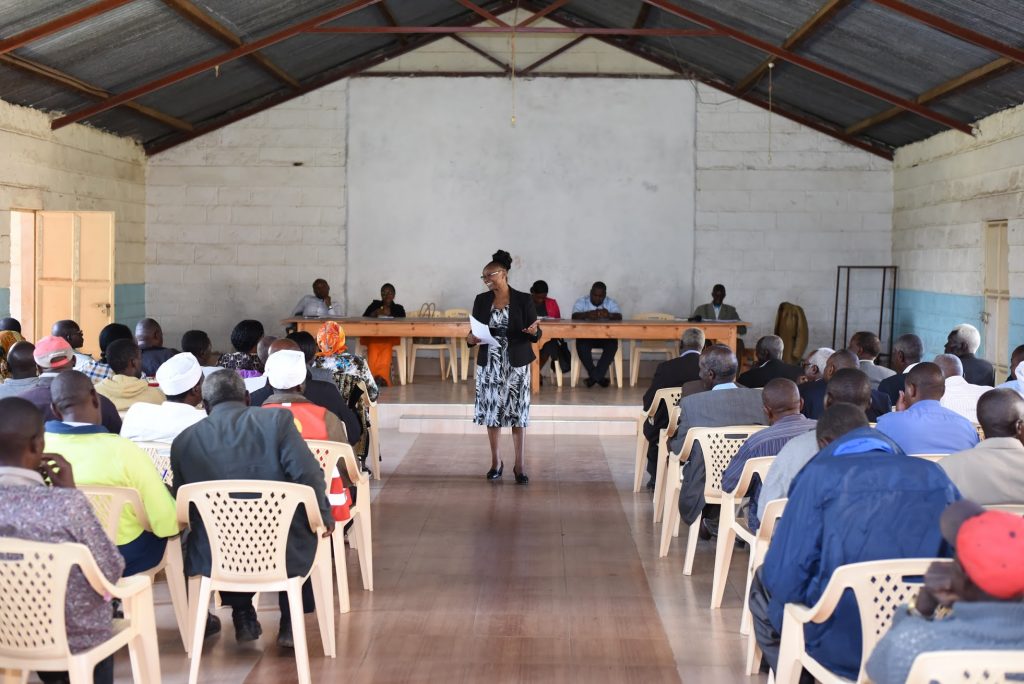 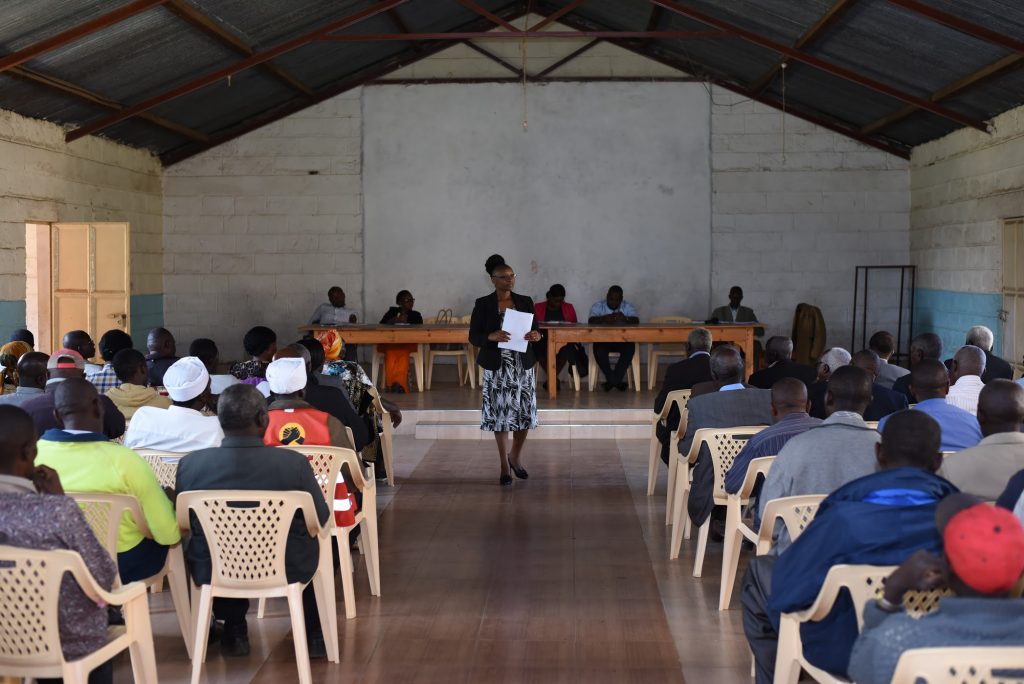 The community leaders were taken through the same sessions as their counterparts in the previous locations which were; Leadership and Conflict resolution, Child Protection, Education and Adult education.

The sessions were not as interactive compared to our previous experience.  This is because the community leaders were not prepared for the sessions due to the short notice, and they therefore did not know what to expect. It has been said that “luck is when preparation meets opportunity”. In this case the community leaders had an opportunity to learn a lot from the facilitators and gain knowledge which would have been of benefit to them and their communities. However this opportunity found them unprepared and they could not take full advantage of it. Their energy rubbed off on the facilitators since they did not challenge them and they were not as active during the sessions as the previous cohort of leaders.

Despite these challenges the community leaders were still eager and committed to learn. Some of the discussions they had for example was the issue of ignorance and they learnt that ignorance  is not actually bliss. ACC 1 Monica Ithatwa facilitated the thinking that “by turning a blind eye to a problem happening to your neighbour thinking that it wouldn’t affect you was to your own detriment as the problem would eventually circle back and affect you in one way or another.”

She went ahead to give an example of a case of defilement. If the accused was set free and rejoins the community he is most likely to commit the same crime again and next time it could be another child that is affected. She went ahead to explain that if the community leaders ensured that every school age going child attends school they are in turn empowering themselves as a community and ensuring that no one is left behind. This is the spirit that the Sustainable Development Goals were formed upon. She encouraged them to understand that it is their role as community leaders to ensure that everyone in the community enjoys and benefits from the fruits of development in as much as they are leading the communities in coming up with these development plans. The Deputy County Commissioner Mr. Mutua Kisilu personally led the Community Leaders induction process throughout the week. His presence has been of great benefit for the community leaders who felt that the government took them seriously and lent weight to the exercise. The community leaders appreciated the DCC for having them in mind and for asking them to work with him. This raised their confidence in the administration given that the issue of police unresponsiveness in the area was quite common – an issue that came up a lot during the discussions. The DCC assured them of his commitment to the Nyumba kumi initiative and assured them that their involvement will portend great change for the community’s security.

We are excited that the leaders induction for all the three locations – Kiamaina location, Thayu location and Kabatini location went well. We can confidently say that all the community  leaders we who attended this weeks inductions were committed in leading their communities in the right direction.