We commenced week two of Community Leaders Induction at Rurii location, Nakuru North sub-county. The momentum for the Induction process is established now. We are supporting this activities because we now understand that Community Organisation is a crucial component of citizen engagement and participation.

Today, we expected a group of 155 Community Leaders. 110 leaders turned up for the induction accounting for 70% of what we expected. Like the previous locations, majority of the Community Leaders who attended the induction were men, making up 71%. The youth (people below 35 years of age) made up 4% of the participants. The number of women leaders was still significantly low, the gender imbalance was greatly felt in the audience. One leader attributed this to the prevailing planting season – that most of them were left cultivating their farms. Interestingly, all of the facilitators today were women. 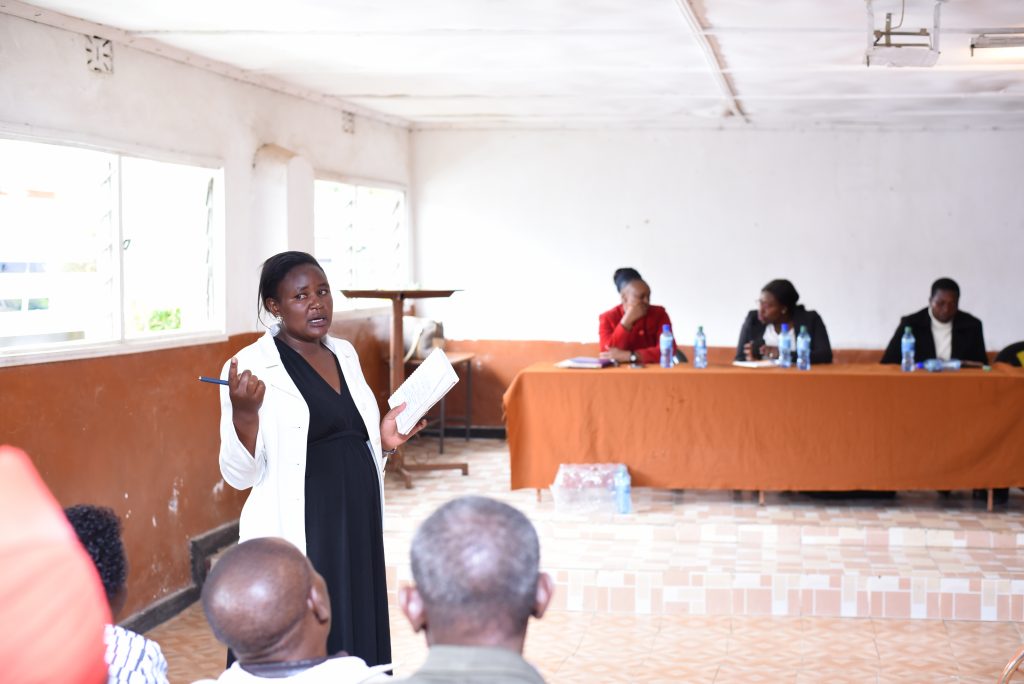 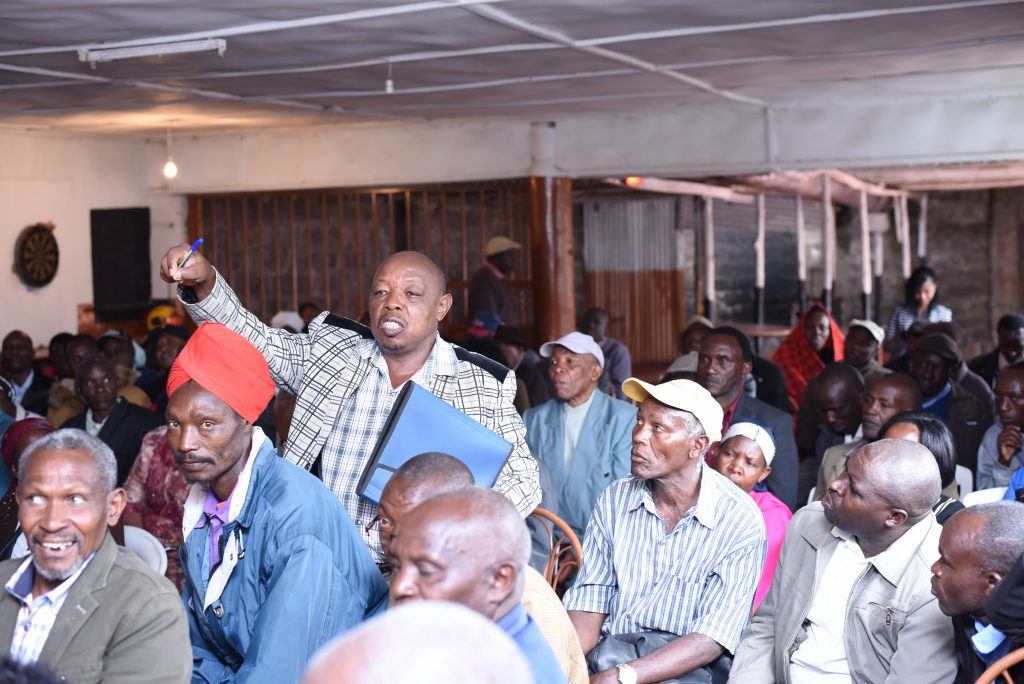 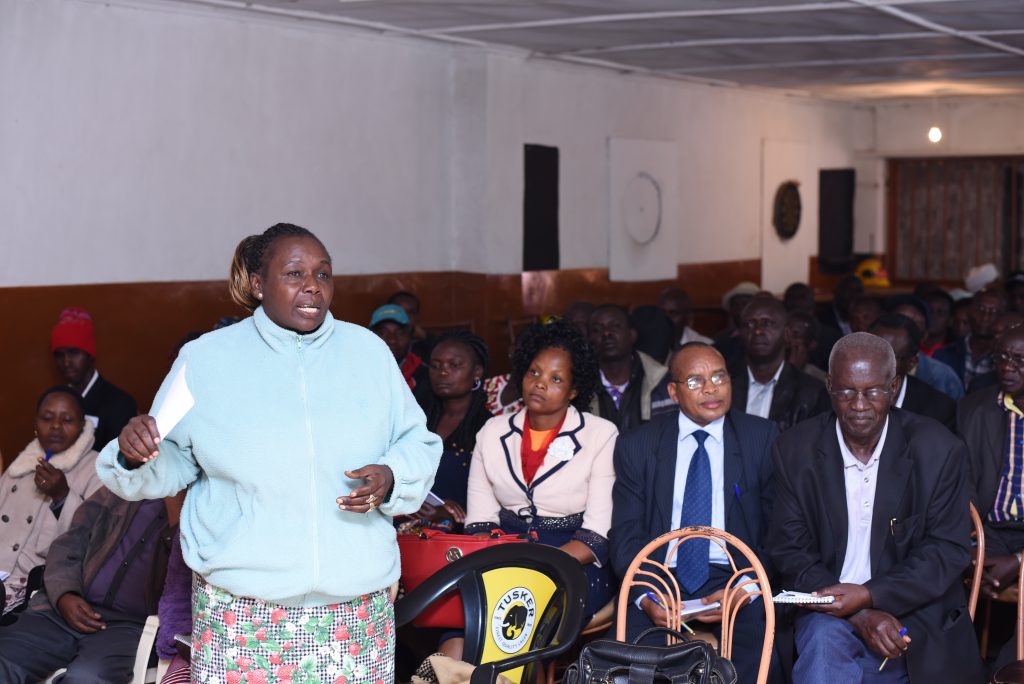 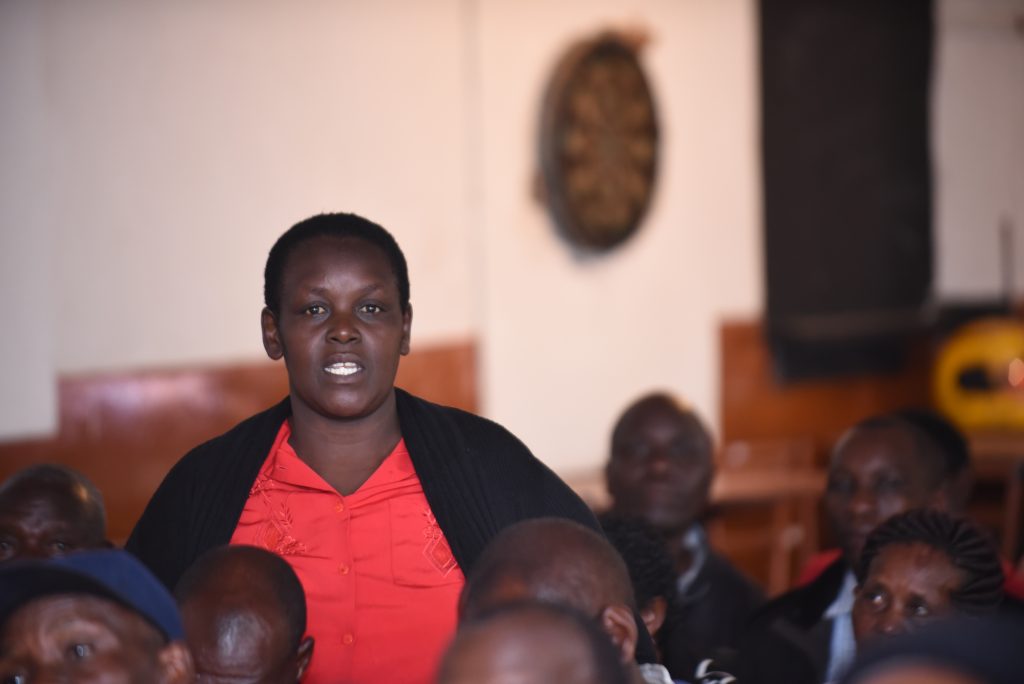 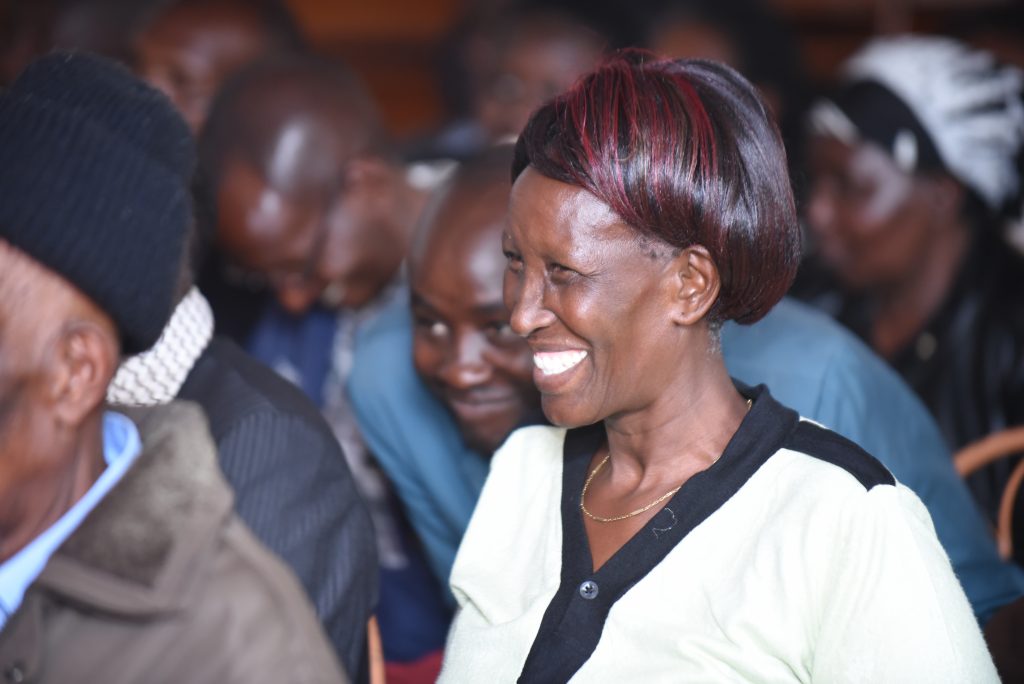 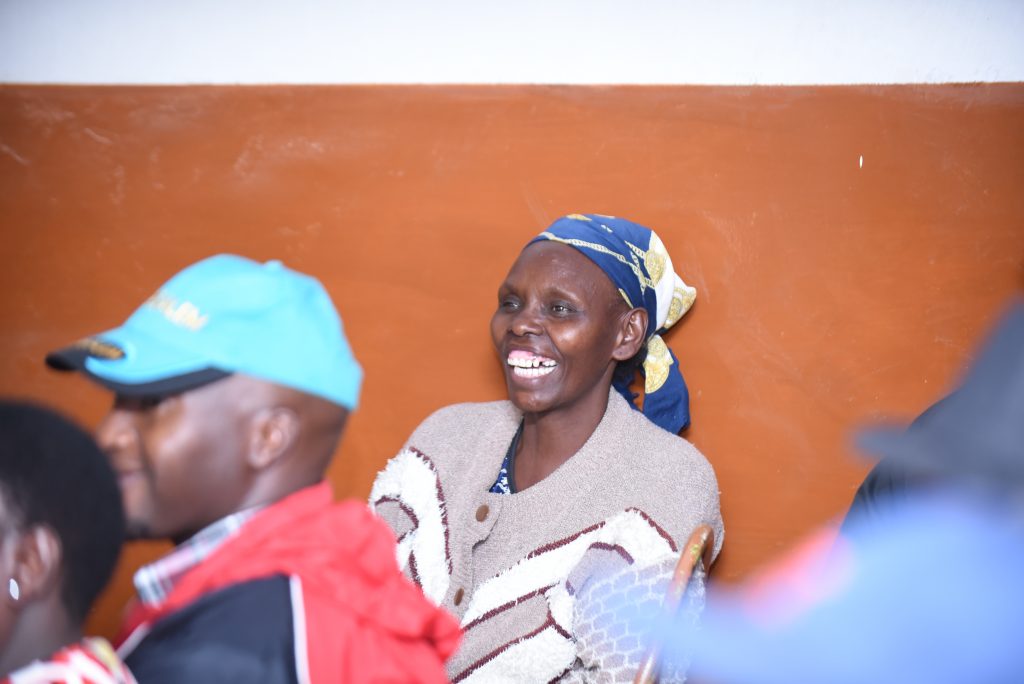 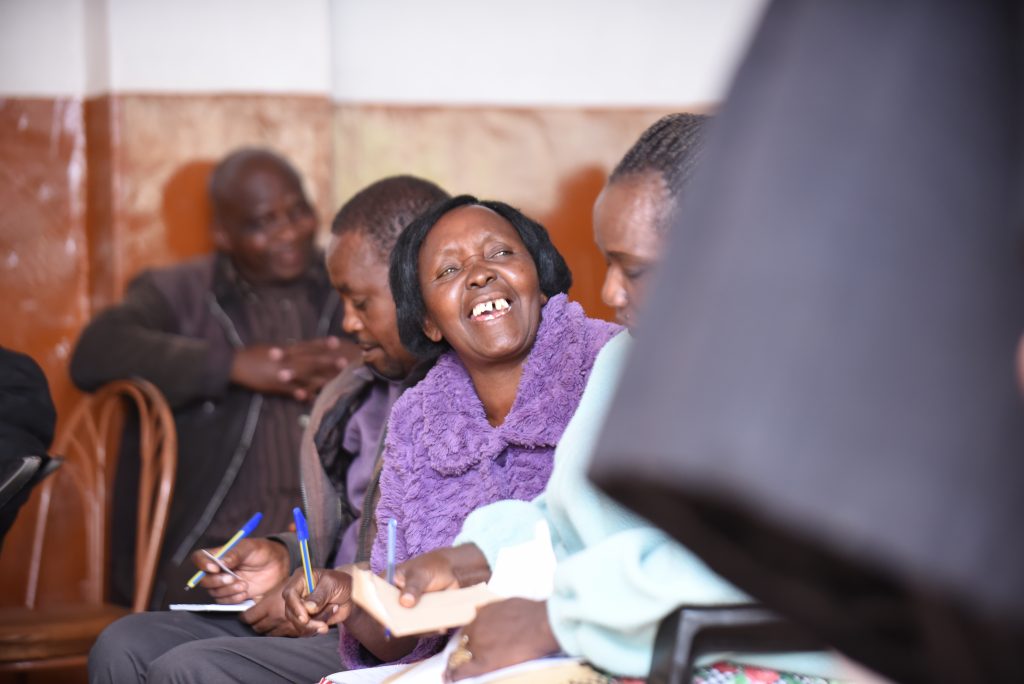 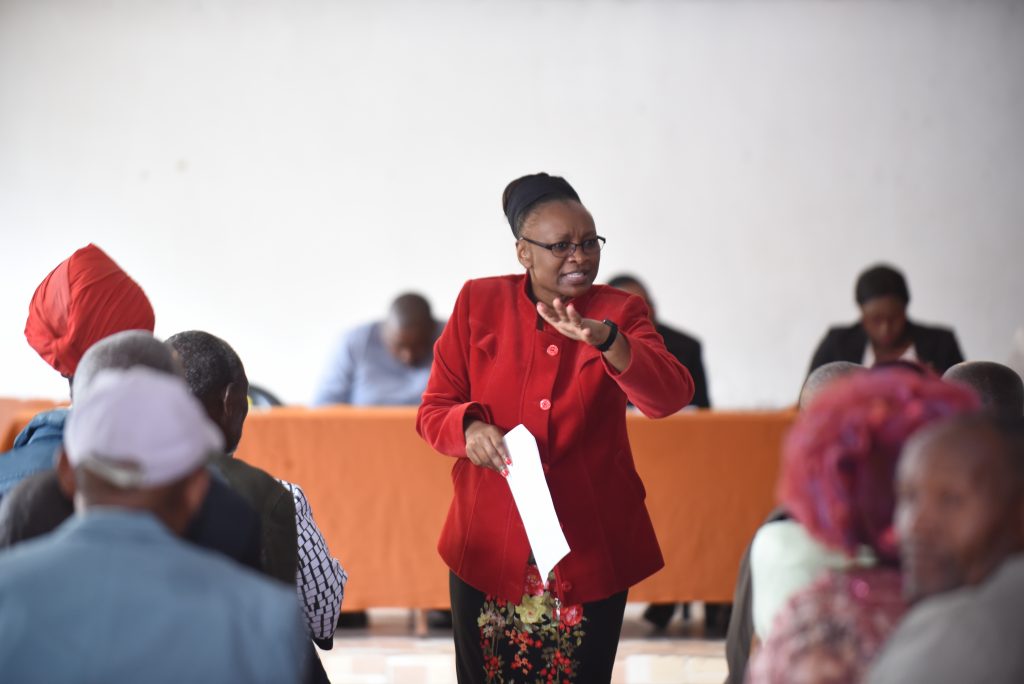 The representation of the youth is consistent in all of the locations that we have been so far. There is clearly a big gap when in it comes to youth being given space for leadership roles in the community. We understand that one of the reasons for this gap is the social structure of these communities. The way these communities are organised the young people are generally excluded from community-wide issues because they lack legitimacy within the community. “Young people have no experience,” one administrator told us. “ they cannot credibly be listened to on many of the community matters – conflict resolution, management of children’s welfare, marriage and such things. Our communities still believe that youth are there to be seen and not heard. Their turn will come.”

There was great emphasis that Community Leaders should not be money-minded. Instead they were encouraged to have vision and keep an eye on the bigger picture – to see the benefits that development would bring to the community.

The Assistant County Commissioner 1, Monica Ithatwa used an example to underscore her point. “When your neighbour becomes rich you also are rich by extension,” she said. “This is because if you found yourself in a fix and you needed money, it is easier to seek help from someone you know and already have a relationship compared to a stranger.”

We observed that the group of leaders today was interactive and quite engaging during the session. They were very excited about the lessons and the knowledge they had acquired today. They seemed quite intent on seeing development happening in their area. They noted that one of the areas they needed to advocate for was for more schools to be built in the area. They currently have 4 public schools and given the dynamics of their location, as a fast growing community and where the birthrate is quite high, there is going to be an increased need for more schools in coming years.

We are glad that week two of the Community Leaders induction kicked off with positive energy from all the stakeholders taking part and intend to keep up with the same energy throughout the week.